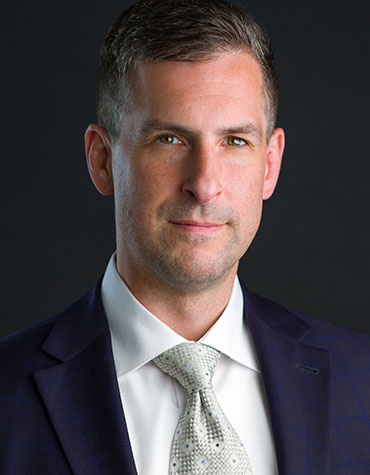 As with every attorney in the firm, Mr. Klammer has handled criminal matters ranging from juvenile delinquency to adult murder – both he and his wife, Darya Klammer, are privileged to claim the same level of experience. Experience as a former assistant county prosecutor, allows Mr. Klammer to fully evaluate the central issues and design a defense strategy best suited for the dispute. With in excess of 35 appellate disputes to his name, Mr. Klammer is mindful of your rights beyond trial to appeal. Mr. Klammer shares the vision of The Klammer Law Office, Ltd. with the firm's other attorneys in that every legal dispute requires a careful attention to detail, sophisticated investigation of the underlying facts, and a firm wide evaluation of the merits of the matter.

Admitted to the Practice of Law

Criminal Dispute-Attempted Murder: As lead attorney for the defense and upon trial of an indictment for two counts of attempted murder; two counts of felonious assault; and two counts of vehicular assaults, the defendant was acquitted on all counts and convicted of the lesser included offense of misdemeanor assault .

Criminal Dispute-Attempted Murder: As lead attorney for the defendant charged with attempted murder involving a fire arm. Matter was resolved as a misdemeanor obstruction of official business and the defendant was fined $100.00.

Criminal Dispute-Nine Counts Illegal Processing Drug Documents: As lead attorney for the defense and upon trial of an indictment charging nine counts of illegal processing drug documents, the defendant was acquitted on all counts.

Federal multimillion dollar procurement fraud indictment: The firm was successful in negotiating a resolution to a multi-count, multimillion dollar federal contract procurement fraud and bribery indictment. The trial court applied a unique application to the federal loss analysis and found the loss to the government to be negligible. The point of law had the effect of making the client eligible for straight probation as opposed to the 27-51, depending on certain complex factors, as argued for by the government. The sentencing court imposed straight probation and a fine.

Federal gambling and conspiracy indictment resolved with probation: The firm was successful in achieving in resolving a federal gambling charge without any incarceration. The sentencing judge imposed straight probation and a $1,000.00 fine.

Land Use and Zoning Dispute: As attorney for the defendant-business owner and upon trial to the Court, all claims brought by the local municipality against the business owner were dismissed at the close of the City’s evidence. The defendant was not required to present a defense.

Rape case negotiated to Misdemeanor of the Third Degree with No Jail: The firm was successful in resolving a multiple count sex offense case to one count misdemeanor of the third degree. The defendant was permitted to enter a special plea referred to as an Alford Plea which allows him to accept the misdemeanor while also maintaining his innocence. He received no incarceration.

Rape case negotiated to Child Endangering with No Jail: The firm was successful in resolving a multiple count sex offense case to one count of child endangering. The defendant was permitted to enter a special plea referred to as an Alford Plea which allows him to accept the child endangering while also maintaining his innocence. He received no incarceration.

Juvenile rape charged dismissed: The firm was successful in securing the dismissal of a rape charge against a local high school boy who had been wrongfully accused of rape by a classmate.

We remind the reader that every case is different. While these case examples are meaningful to us, they should not be taken as a promise for a certain result in your case. Be sure to talk with us in detail about all the facts of your case so we can see if we can help.

Legal questions? Our team is here to help.